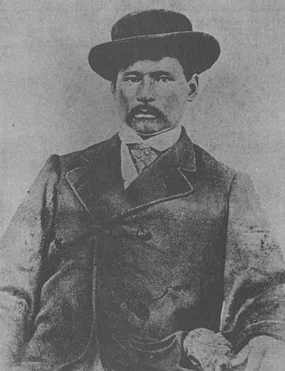 Joseph Attean was born on Christmas Day 1829 and died on the Fourth of July 1870. Joseph died young, only forty years old; however he had accomplished many significant things in his short life. Joseph Attean is considered our last hereditary Chief, obtaining the title at the time of his father’s death and according to ancient traditions. He is also considered the Penobscot Nation's first elected Chief. At the time there was a struggle between two political parties on Indian Island know as the Old Party/New Party System. The old party strived for traditional hereditary chiefs while the new party succumbed to state political pressure and implemented a system of voting to elect chiefs.

Joseph Attean probably gained the most notoriety by serving as guide for the author Henry David Thoreau. Henry David Thoreau was an author and a leader in the transcendental movement.  In 1853, during Thoreau’s second visit to Maine, he hired Joseph Attean to guide him on his famous moose hunt. Initially Thoreau was full of stereotypes of what he thought a Native American should be, but Attean's character and skill as a guide began the transformation of how Thoreau saw Native Americans.

Joseph Attean's death was on July 4th, 1870 while leading a team of log drivers down the Penobscot River in a bateau, a boat commonly used on river drives. Because of the Independence Day holiday many of John Ross’ crew was in Bangor enjoying the celebrations. Attean and the others were tasked with driving the last of the season’s logs down river. 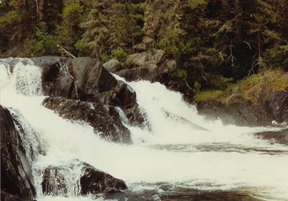 Attean and Stephen Stanislaus, another Penobscot, were considered the most accomplished and skilled bateau pilots on the Penobscot River. On this day Stanislaus was not in the boat, leaving an unskilled bowman in the front of the boat. Shoving off just above Blue Rock Pitch, on the West Branch of the Penobscot River, the inexperienced bowman failed to get the boat positioned to run Blue Rock Pitch and Grand Pitch Falls. The bateau struck a rock broadside and the current began to tear the boat apart. Many swam for the shore while others stayed with the sinking boat. Attean stayed with the boat trying to rescue those who clung to it. The last anyone saw Joseph Attean alive he was standing in the rear of the bateau, paddle in hand, with water up to his knees desperately trying to save lives as they plunged over Grand Pitch Falls.

They found his body floating in Shad Pond just down river. They removed his log driving boots and hung them on a pine-knot of a tree. According to Maine legend those boots still hang as a tribute to Joseph Attean former Chief of the Penobscot Nation and hero of the Maine woods.

George Weymouth makes landfall on Monhegan Island in Maine. With-in days he would kidnap five Penobscot Indians and take them to Europe.