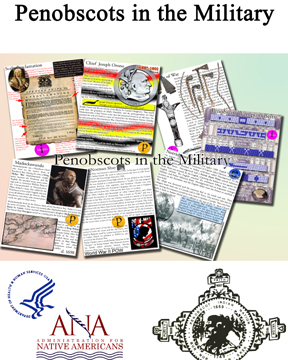 In this unit, students will learn about pre-Revolutionary War Penobscot Nation military history and about the many contributions Penobscot tribal members made in the defense of the United States since the Revolutionary War despite their social status – Native Americans were not considered U.S. citizens until 1924 and were denied voting rights in Federal elections until 1954 and in state and local elections until 1967.