These drum, which are hanging in the Penobscot Nation Council Chamber, are the result of the New Moon Drum Project. Funded by NEFA (New England Foundation for the Arts) the project sought to have a Penobscot tribal member, Dominic Polchies, teach drum making techniques. He and his apprentice, Doming Caparaz, created 13 thirteen-sided drums. Each of these drums were then painted with an image that represented an interpretation of that moon. These images were painted by James Eric Francis Sr. and his inspiration was drawn on the natural world during that moon.  The drums were introduced to the community by “New Moon” socials, which lasted the entire scope of the project. When finished the drums where gifted to our leadership and hung in the shape of a double curve in the Council Chambers. 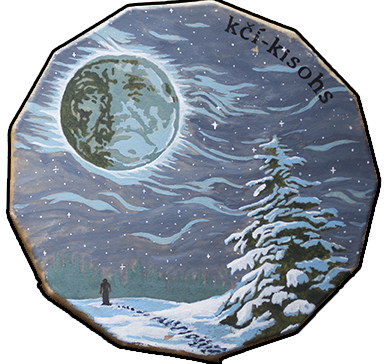 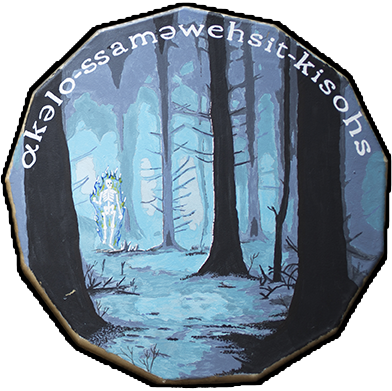 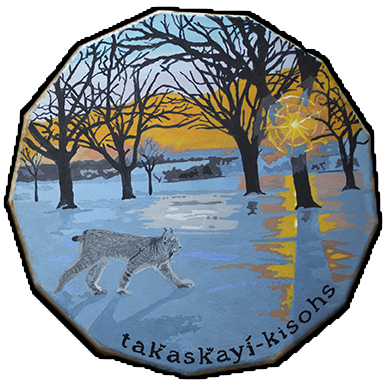 "moon of crusts of ice on the snow" 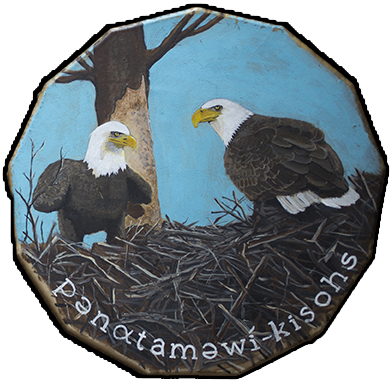 "moon of laying eggs of owls and eagles" 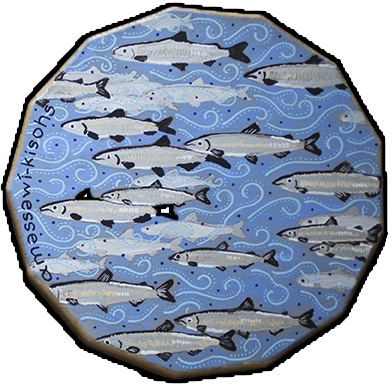 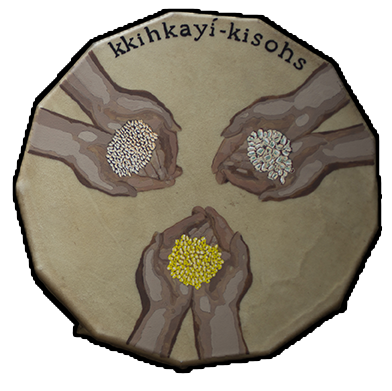 "moon of planting and sowing" 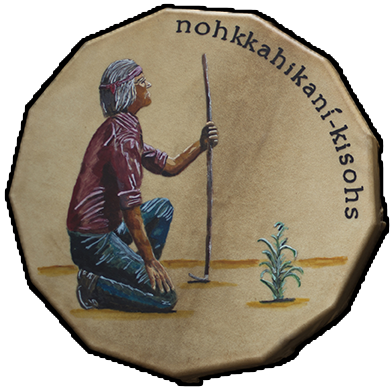 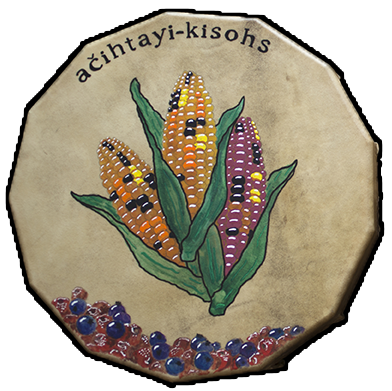 "moon of ripening berries and corn" 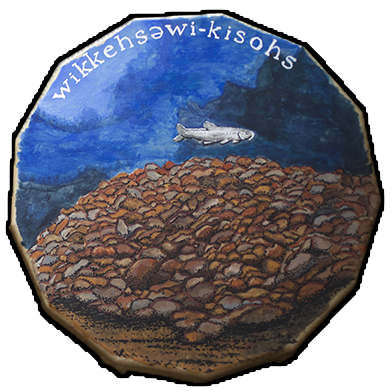 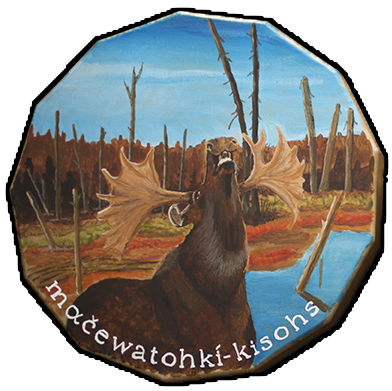 "moon of rutting moose and caribou" 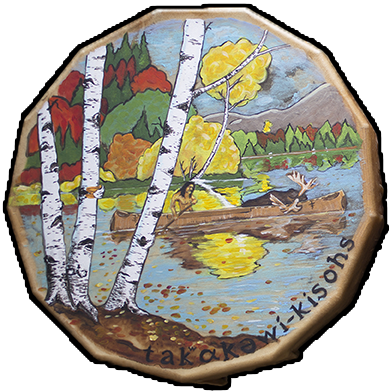 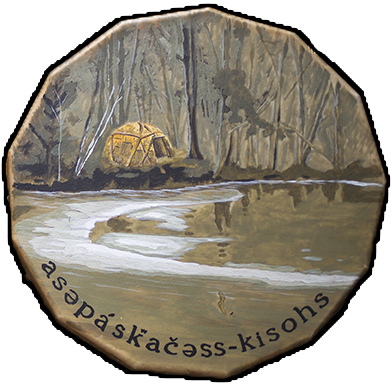 "moon when ice forms on the margins of lakes"